Dragon Heads-raising Day falls on the second day of the second  lunar month, which is a traditional festival. In "Imperial Capital Accounts About Seasons", Pan Rongbi in Qing Dynasty wrote the following: The second day is the Dragon Heads-raising Day. On the day,  farmers and villagers made an ash path into the houses and kitchens,  then wind around the water vats from the outside. This is called leading the dragons back to houses. People in the capital city fry broomcorn millet flour, cakes made of wheat flour and dates, husked wheat rice, and other things as their food. They call this "fumigating insects". 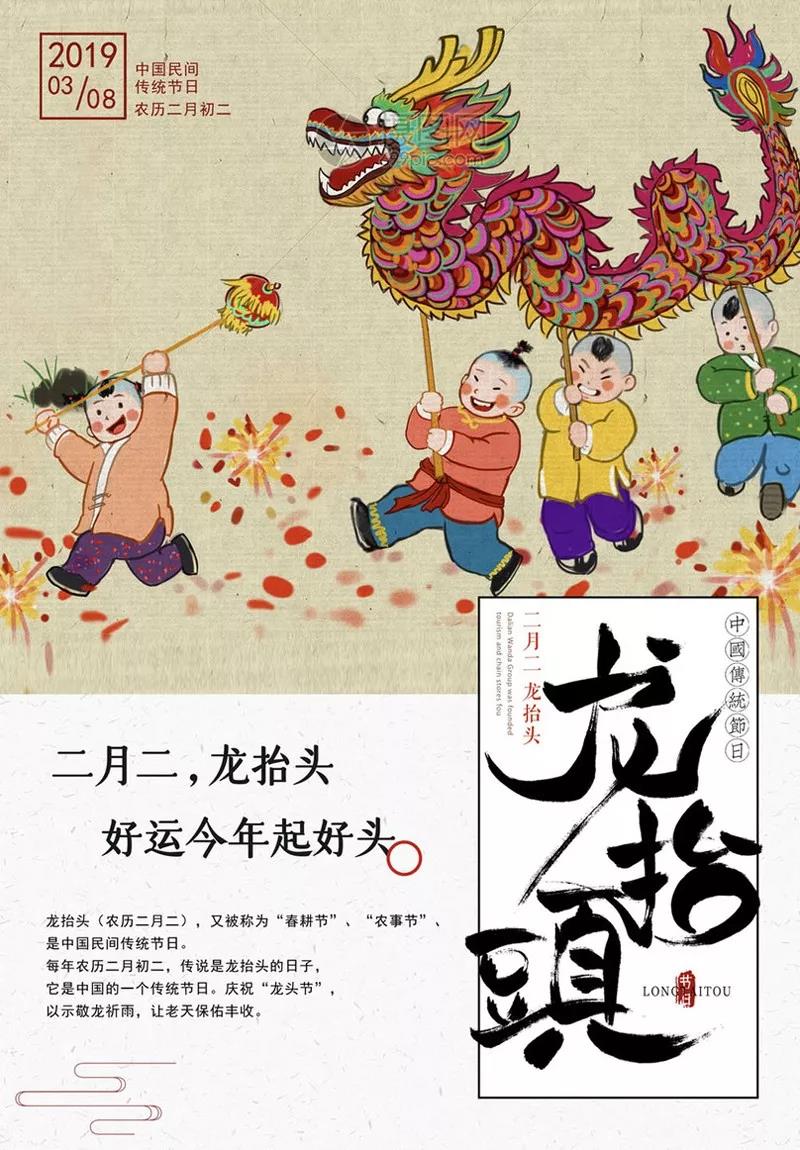 Dragons are auspicious omen, for which Chinese people have an admiration that bordered on worship. Dragons dominate wind and rain. So in ancient days, every time when there was a drought, people would make a straw dragon with sorghum stalks about one zhang (3.33 meters). Then in front of the straw dragon, four men carried the Dragon King’s memorial tablet on a tablet tray and in front of it, people perform acrobatics, singing and dancing, as walking on stilts, doing yangge dance, gongs, drums and flags leading the way. Everywhere contingent of parade passed, every family offered sacrifices, burned incenses and candles to worship the Dragon King. When the straw dragon passed by, people would carry buckets and sprinkle water over the straw dragon and the dragon dancers. They believe that the Dragon King would feel grateful and then make plentiful rain for the mankind.